In 1866 Joseph Servais obtained the First Price for cello in the Conservatory, in his father’s class. In the same year already, he accompanied François Servais an his tour to Russia. Scarcely one year later he performed before the king of Portugal. Later on performances in France, Spain, Germany and the Netherlands followed.

In 1868-1870 he was cello solo in the Musikkapell of the grand duke of Weimar. In 1872 he became at his turn cello teacher in the Brussels Conservatory. A short time later he founded the concerts of Chamber music in the Cercle Artistique in Brussels, together with the pianist Louis Brassin and the violinist Henry Vieuxtemps. Henry Vieuxtemps dedicated his two cello concertos to Joseph Servais, who gave them their premiere. 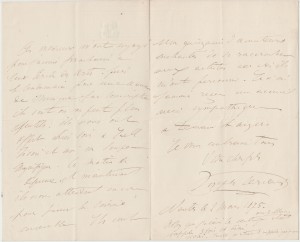 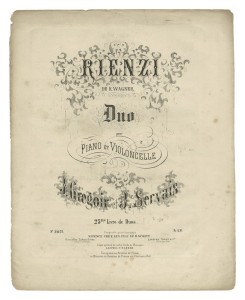