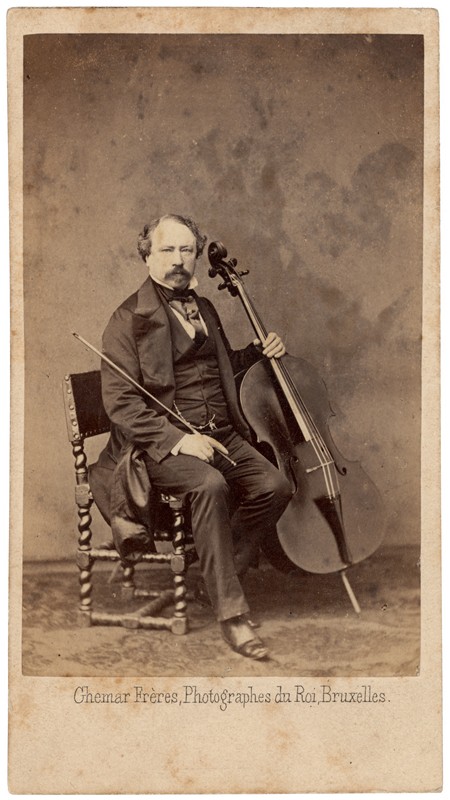 The bowing- and left hand technique

It is mainly in the bowing technique that Servais provided enormous progress. A supple bowing made possible arpeggios in a quick tempo, very long legatos and staccatos in up- or downbows. He also innovated left hand technique: with long passages in thumb positions and in high positions the touch range of the cello was greatly extended. Unlike his predecessors, Servais managed to combine a virtuoso bowing technique with virtuoso left hand technique.

Servais did not write these innovations down. As a teacher he passed them on to his pupils, who for their part influenced later generations. He also incorporated these technical innovations in his Six Caprices, opus 11. Nowadays these six studies are still being taught worldwide in academies of music and conservatories.

Moreover, Servais went down in history as the inventor of the endpin or spike, which enabled a much freer handling of the instrument.

Till the middle of the nineteenth century a cellist clasped his instrument between his legs. It leaned on his calves. This resulted in slightly convulsive strokes, and moreover it made the lower register hard to play.

Servais’ merit has to be qualified somewhat: before him, every now and then some cellists placed a little bench or piece of wood underneath their instrument. What Servais did was to fix a metal pin to the bottom of his instrument, and he was probably the first cellist always to play with a pin. Through his pupils and his many performances he contributed strongly to this way of playing.

After some decades of playing, this adjustable pin was generally adopted. This caused a revolution in cello playing: the instrument could now be handled with much more freedom and played with the entire body, which resulted in a greater virtuosity.