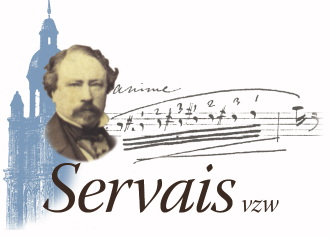 The Society wants to contribute to the study and propagation of the life and works of the Halle cellist and composer François Servais as well as his offspring. It encourages all initiatives that promote the spread and dissemination of the music of Servais and his contemporaries and the Halle music and cultural life.

A first ambitious project was the celebration of Servais’ bicentennial in 2007. This commemoration year marked the beginning of a real Servais Revival.

One of the aims of the society is to act as the one and only contact for everything related to Servais.

The Board of Directors of the Society is composed as follows::