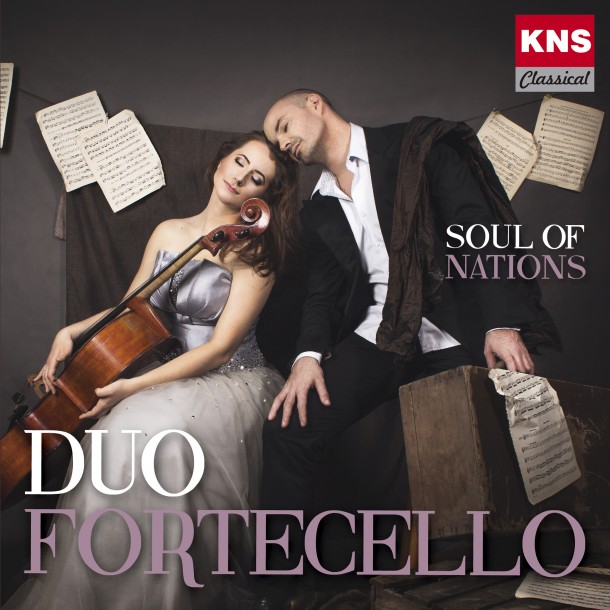 On 1 June 2018 the cd ‘Soul of Nations’ made by the French-Polish duo ForteCello was presented. That cd also contains a composition by Servais.

The duo ForteCello – Philippe Argenty and Anna Mikulska – travels all over Europe with the program ‘Soul of Nations’. Each composition is inspired by a specific country – just as the Spanish Suite by Joaquin Nin, the 6 Romanian Folk Dances by Béla Bartok and Libertango by Astor Piazzola. Russia is represented by the Fantaisie sur deux airs russes by François Servais, who though he is a Belgian, was very familiar with the Russian culture thanks to his many travels and his Russian wife.

After a long series of concerts ‘Soul of Nations’ finally appeared on cd. The cd was being presented during a recital in Perpignan, between the pianos of the music shop ‘Delmas Musique’.

The duo ForteCello likes to play Servais’ music very well. They performed the Fantaisie sur deux airs russes tens of times on stage. Anna Mikulska got to know the piece during her training in the Cracow Conservatory, about ten years ago. She has also played it with orchestra.